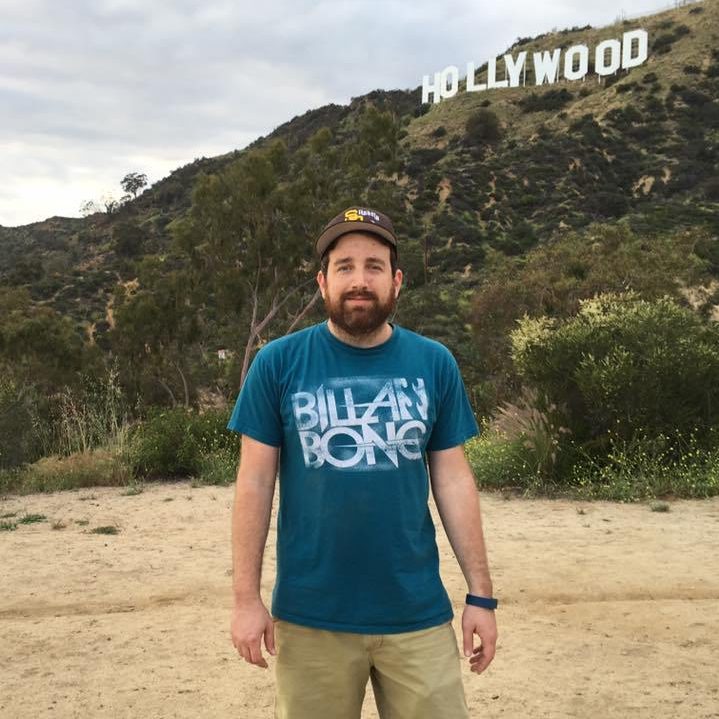 Here at SocialLadder, Brent monitors and handles every single running event, which means he is a very busy man! Thankfully, we got to grab him for a few minutes and interview him.

How has your time at SocialLadder been?

It’s awesome. It’s a great experience, but it can also be challenging. I can take a lot a skills from here and apply it to things outside of work, so I really like it. And, it’s introduced me to a ton of new music.

What’s a fun fact about yourself?

I used to surf, although I’m not as good as I used to be. I got married, had a kid, and became lame over the course of a year. I also love hot sauce and reggae music.

I come in around nine o’clock-ish or eight in the morning, something like that, and I monitor ever single running event, which may include any festival like Paradiso or Firefly or like… a food truck festival. Basically, I create areas for anything that’s like a single running event, and then I monitor them until the event takes place. I also help out with placing tracking pixels; pixels can track things like your purchases, and we use this to know whether ambassadors sell tickets through the app and use the code. I, along with Joe, do that, and I do the monthly billing as well.

What is a smell that you remember best from your childhood?

Who is your favorite boy band?

2gether. Do you know who I’m talking about? They’re the first boy band reality series. They’re so cheesy. They had these obnoxious songs like “U + ME = US” and a breakup song. Just check them out sometime, they’re crazy. It’s awful, but really funny. Basically, MTV had this knockoff reality show about a boy band, but they actually sold albums in real life.

What was your first concert?

Technically, it was *NSYNC. It was *NSYNC, Jordan Knight, and the Sugar Hill Gang. I was taking my little sister, so it wasn’t really voluntary.

Do you have any secret talents?

What has been your favorite concert you’ve been to?

I go to two-five 311 shows every summer. And Slightly Stoopid. I see them every summer, but I’m obsessed with 311.

Do you have any guilty pleasures?

Yeah. I still, to this day, love Bone Thugs-n-Harmony. I don’t know if that’s really a guilty pleasure or I’m just showing my age by saying that… My sister’s really into country, and I can’t stand it because I think it’s a really fundamental, simple kind of music, but in the summertime, if I have a few beers in me, I listen to what I refer to as “Bro Country”, which has that cliché chant-along chorus that has nothing really special about it. I guess that would be my true guilty pleasure.

That’s it for now! Stay updated with our blog to meet more of our team!